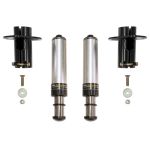 664.95In stock
Be the first to review this product

$664.95
Are you an Amazon customer? Pay now with address and payment details stored in your Amazon account.
Add to Compare
Your discount may still be available. Contact us in Live Chat
Have a Question?702-267-6100
Talk to a Specialist Now
Click here for live chat

The ICON Vehicle Dynamics Front Hydraulic Bump Stop Kit for the 2018-UP Jeep Wrangler JL was deigned to provide unparalleled off-road performance at the limits of wheel travel by adding an extra layer of ICON damping ability to the front of the new Jeep JL. The function of the bump stop is to control and limit the final position of the suspension during up-travel. The factory bump stops have a limited energy absorption capacity and an uncontrolled release of this energy upon rebound – translating into a harsh ride and poor handling during more aggressive driving in rough terrain. ICON’s Wrangler JL Front Hydraulic Bump Stop Kit features velocity sensitive technology meaning that as the shaft speed increases the damping ramps up to provide excellent bottoming resistance that won’t negatively affect articulation. This energy is then released in a much more controlled manner allowing drivers to focus on the obstacles in front of them rather than being bounced around the cab. 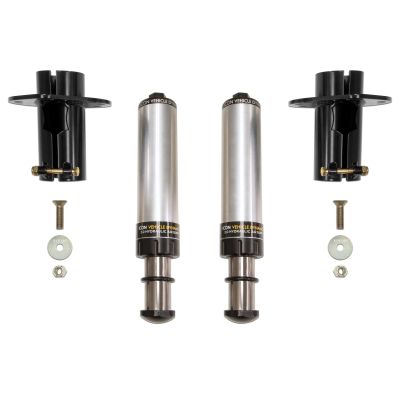