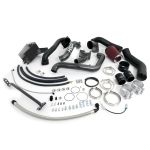 2830.00In stock
Be the first to review this product

$2,830.00
Are you an Amazon customer? Pay now with address and payment details stored in your Amazon account.
Add to Compare
Your discount may still be available. Contact us in Live Chat
Have a Question?702-267-6100
Talk to a Specialist Now
Click here for live chat

The LB7 Duramax comes from the factory equipped with a fixed vane IHI turbo charger. This turbo is great for quick responses and bottom end torque. However, it falls short under heavy loads, or when other performance tuning/programmers are used. HSP has designed an add a turbo kit that will give your truck a massive power curve, while not sacrificing the drivability of your factory IHI turbo. These kits are engineered to bolt directly into your engine bay with Zero cutting or modifying of your truck.

The factory IHI turbo, by itself, can cause dangerously high exhaust gas temperatures (EGT's). To solve that, HSP Diesel paired it with a Borg Warner S400 frame turbo in addition to the factory unit. The results speak for themselves, including, lower EGT's, better fuel economy, and an extremely broad power curve. Power levels will mainly depend on current modifications to your truck, but it can range from 600HP to 850HP.

This corner location coolant tank kit requires the removal or relocation of the 2nd battery. Many choose this style kit because HSP Diesel like the look of their engine bay without the second battery, or HSP Diesel have previously relocated it elsewhere in the truck. To keep both of your batteries under the hood, check out HSP Diesel's other add a turbo option which keeps them in the factory location! (113-HSP)

Capable of 650HP plus depending on tuning and fuel system options, this kit requires the second battery to be removed or relocated on the truck.

This Kit will not work with LB7 style FCA fuel pressure regulator must upgrade to LLY Or LBZ. 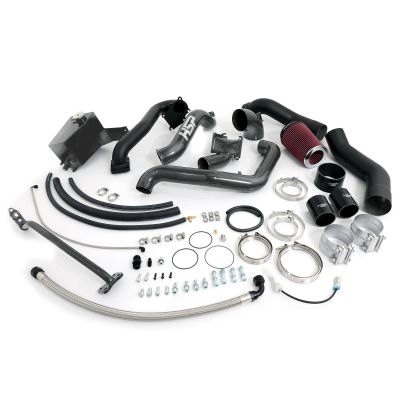