Volkswagen's New Mini-Camper Is For The Adventurous 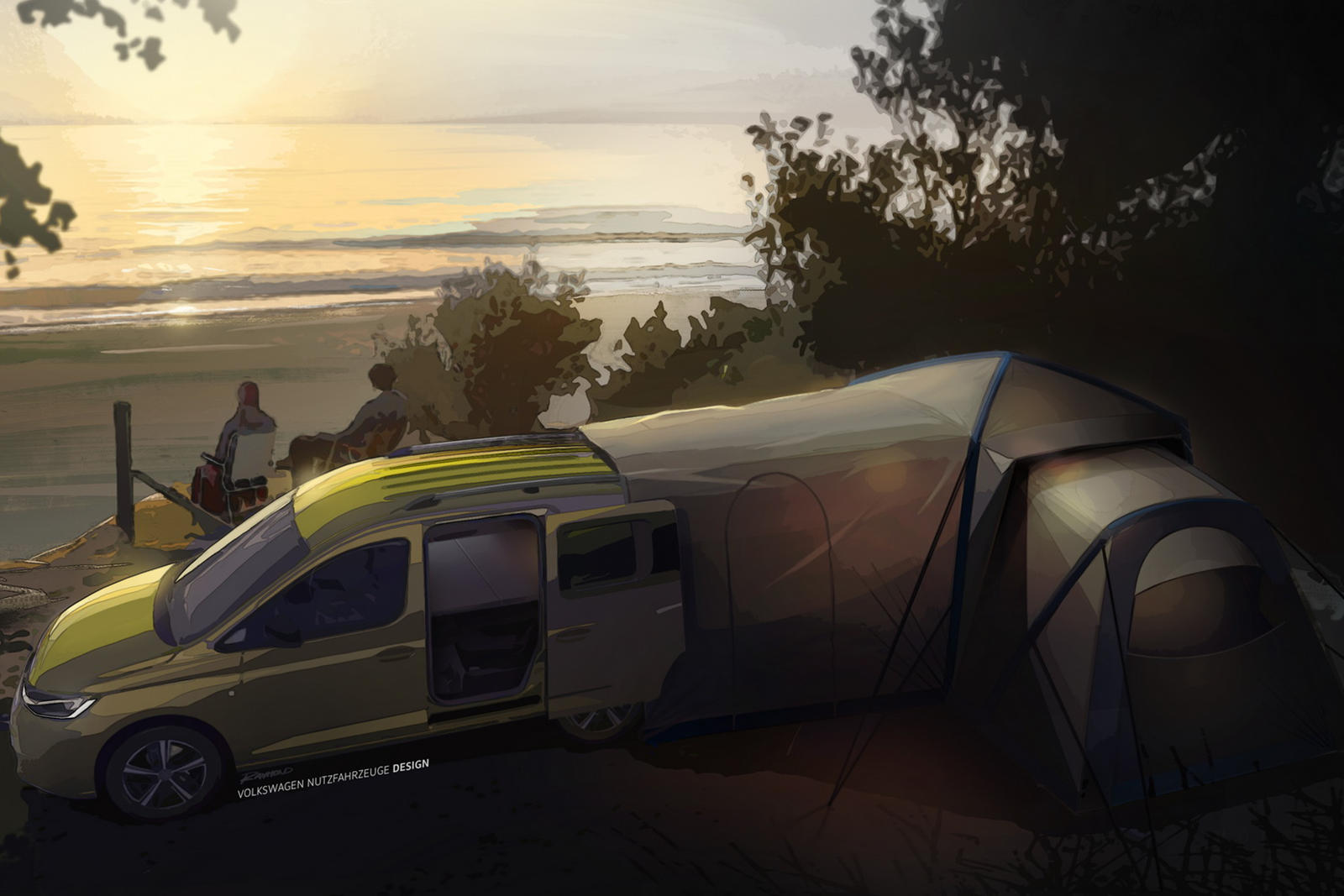 Volkswagen's New Mini-Camper Is For The Adventurous

And we may get it here.

The Volkswagen Caddy is one of those forbidden fruits that we don't get here in the States, but with the recent success of the Ford Transit Connect, that could be about to change. The Caddy is VW's smallest van and comes in a number of variants, one of which is much like a shrunken Grand California. This small recreational vehicle is called the Caddy Beach camper, but now that there's a new generation of the Caddy, a new mini-RV is being teased by the German marque. In addition, this adventurous little van is getting a new name: the Mini-Camper. Based on the renders that VW has released, it looks awesome.

The new model will be small, but thanks to a six-foot-long bed area with a folding rear bench and disc spring elements and windows that can be darkened along with the 15.1-square-foot panoramic glass roof, the Mini-Camper should be comfortable enough for adventurous owners to sleep in. The new model will also carry camping chairs and a table along with storage bags that can act as privacy screens. The teaser sketches also reveal a tent that can attach to the rear hatch if you want to really make the most of your camping trip. We expect that this tent could be an optional extra, but Volkswagen has been known to throw accessories in with specialized vehicles in the past.

Volkswagen has really done its best to make this a helpful companion for adventurous couples and families, with the Mini-Camper reported to be coming with adaptive cruise control under VW's Travel Assist system, as well as blind spot monitoring with rear cross-traffic alert. Trailer Assist is also expected to be included, which should make towing your jetskis or boat much easier. We'll have to wait for final details when the new model is released in an online show sometime in September, but the prospects look good, and more small VW's are always cool. Now, how about bringing the Tiguan's baby brother to the States too