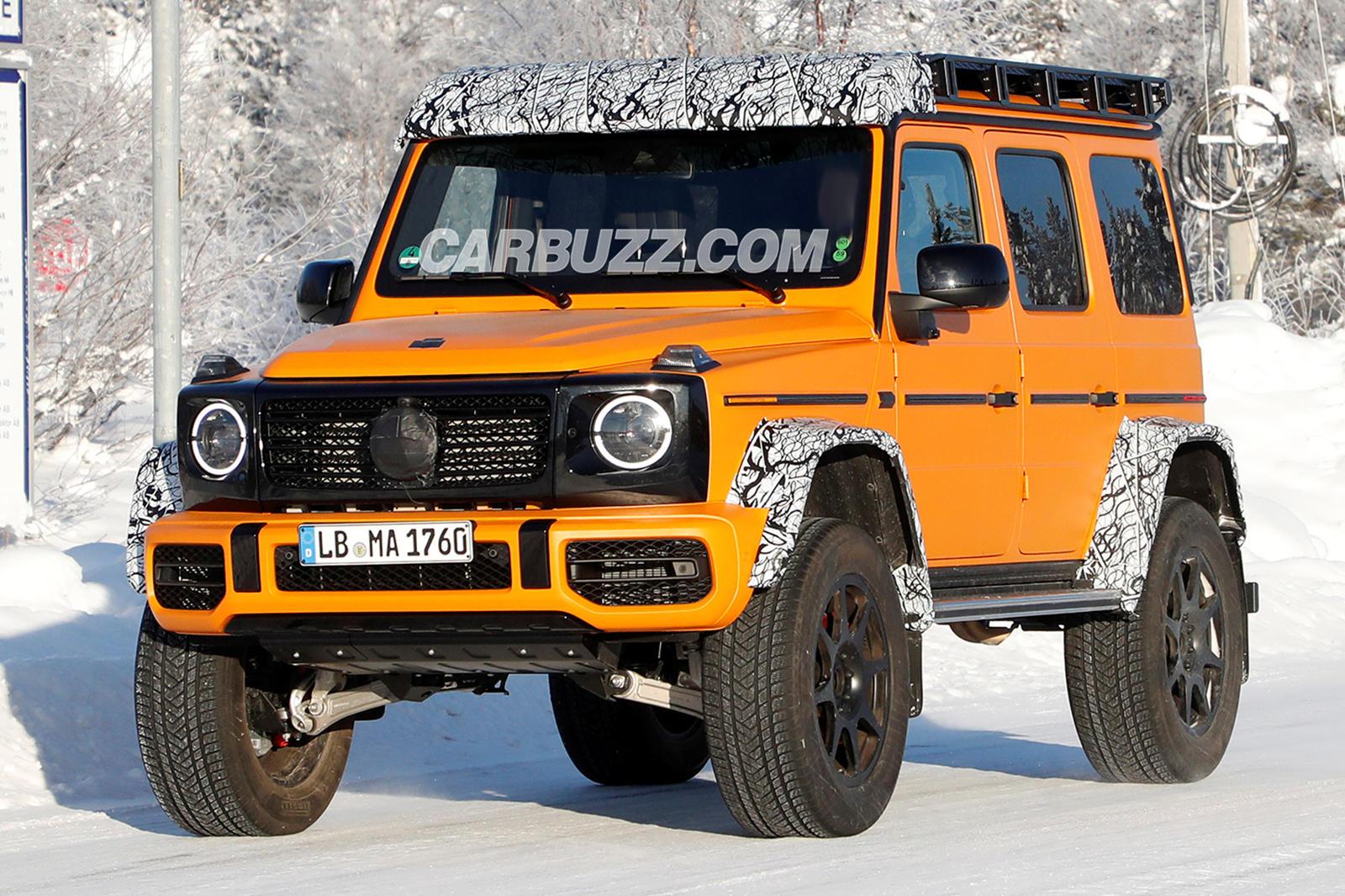 It's no secret that Mercedes-Benz is preparing an even more extreme version of the G-Class. Last year, spy shots of a prototype confirmed that the mighty Mercedes G-Class 4x4 Squared is making a comeback, providing even better off-road capability and a more aggressive appearance than the standard SUV.

Since then, we've seen video footage of the new G-Class 4x4 Squared on the move and spy shots of the savage SUV racing around the Nurburgring. While previous prototypes were finished in black or white, this latest test vehicle is finished in an eye-catching bright orange paint job that we hope will be offered as a standard color option.

The new G-Class has been on sale since 2018, so the time seems right for Mercedes to launch a new 4x4 Squared variant. While most of the orange bodywork is fully exposed, many of the 4x4 Squared-specific enhancements are still hidden under camouflage.

The most obvious enhancements are the wider wheel arches containing much larger wheels and chunkier tires for increased off-road capability and a raised ride height. This beast is so massive it requires side steps for passengers to access the cabin. This also appears to be the US version judging by the hidden side markers.

Like the previous prototypes, camouflage has been applied to a section in front of the roof rack, likely covering up a set of LED light bars. At the back, the prototype is fitted with a rear-mounted spare wheel and a ladder providing access to the roof rack.

Under the hood, the new G-Class 4x4 Squared is expected to pack a 4.0-liter twin-turbo V8. In the previous model, this unit generated 416 horsepower and 450 lb-ft of torque.

The prototype caught on video also sounded very aggressive, but since the prototype isn't wearing a Panamericana grille, we're not expecting it to wear an AMG badge either. Since it looks production-ready, the new Mercedes G-Class 4x4 Squared should break cover within the next few months.