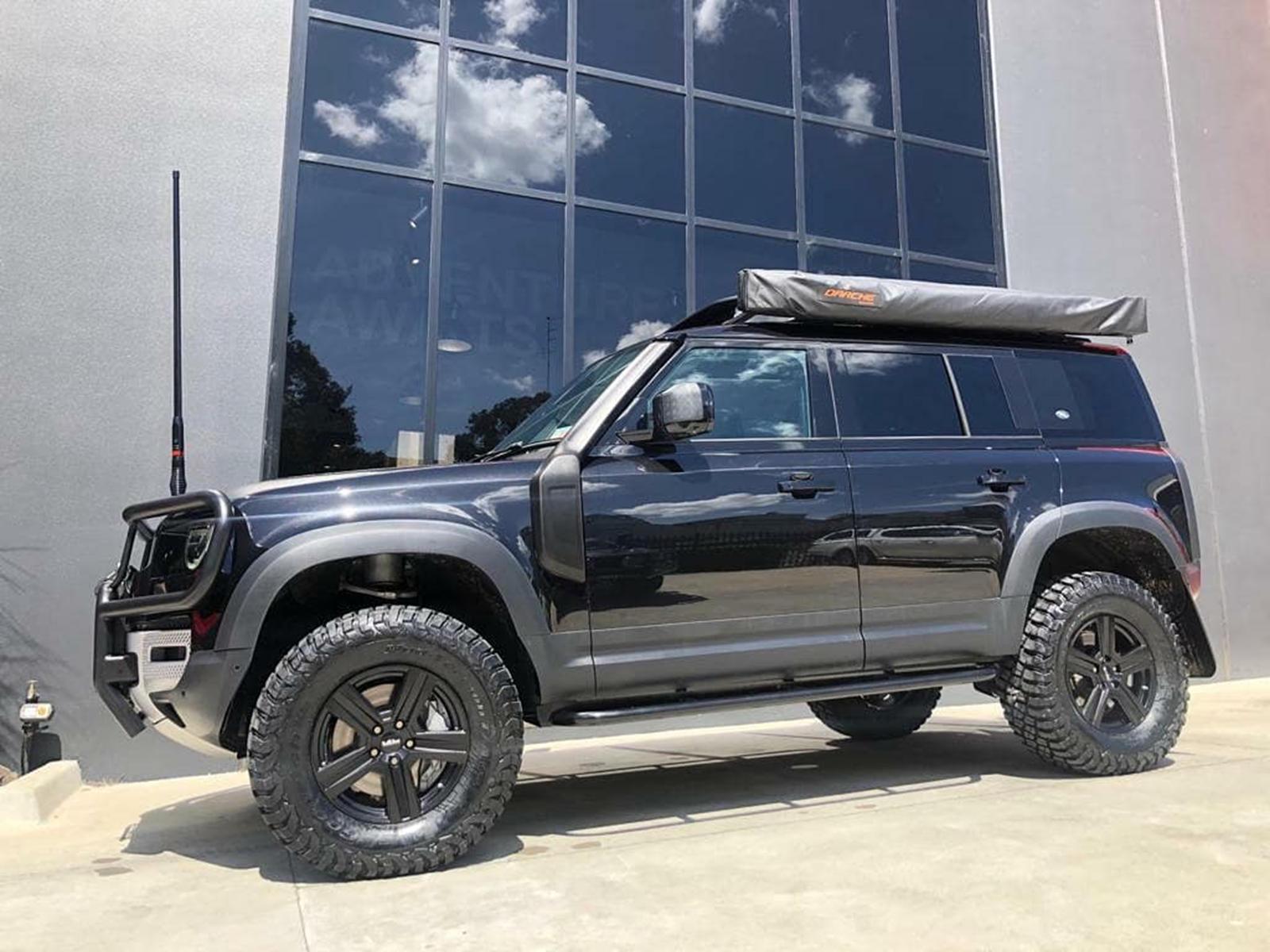 This custom Land Rover Defender took over a year to build.

The new Land Rover Defender has already proven to be one of the most capable off-roaders on the market, living up to the legacy of its iconic predecessor. If you need proof, just watch this video of a Defender pulling a transport trailer out of trouble like it's nothing. Demand for the new Defender has been so high that it's already outsold its predecessor in the US.

Land Rover already offers an abundance of accessories to make it look more rugged and improve its off-roading prowess, but this hasn't stopped this aftermarket tuner from taking the off-roader to the next level and transforming it into an even more hardcore off-roader.

Last year, New Defender Mods shared its vision of what a hardcore version of the new Defender could look in design renders showing the off-roader fitted with some extensive modifications. Now, over a year later work first began, the project is complete. The tuner claims the result is the "world's most off-road capable and highly modified new Defender," and it's difficult to disagree - nothing is going to stop this hardcore Defender.

Among the long list of modifications include official accessories from Land Rover such as a roof rack, a front recovery hook, underbody protection, fender flares, a snorkel, and a ladder. Helping it navigate challenging terrain are custom 18-inch TuffAnts alloy wheels wrapped in massive 34-inch 295/70R18 BFGoodrich tires.

An aggressive bull bar gives the new Defender a meaner look, while a two-inch lift kit improves the off-roader's already-impressive ground clearance. A new LED light bar improves visibility for night-time adventures and a custom exhaust system with dual three-inch tips makes the soundtrack more aggressive. New luxuries have also been fitted including a fridge and an 80-channel CB radio.

Sadly, no modifications have been made under the hood. Being based on the Defender 110 P400, the hardcore off-roader is powered by a 3.0-liter turbocharged six-cylinder mild-hybrid producing 395 hp and 406 lb-ft of torque. Land Rover is also working on a new V8-powered Defender, so let's hope it receives the same modifications to create the ultimate new Defender.