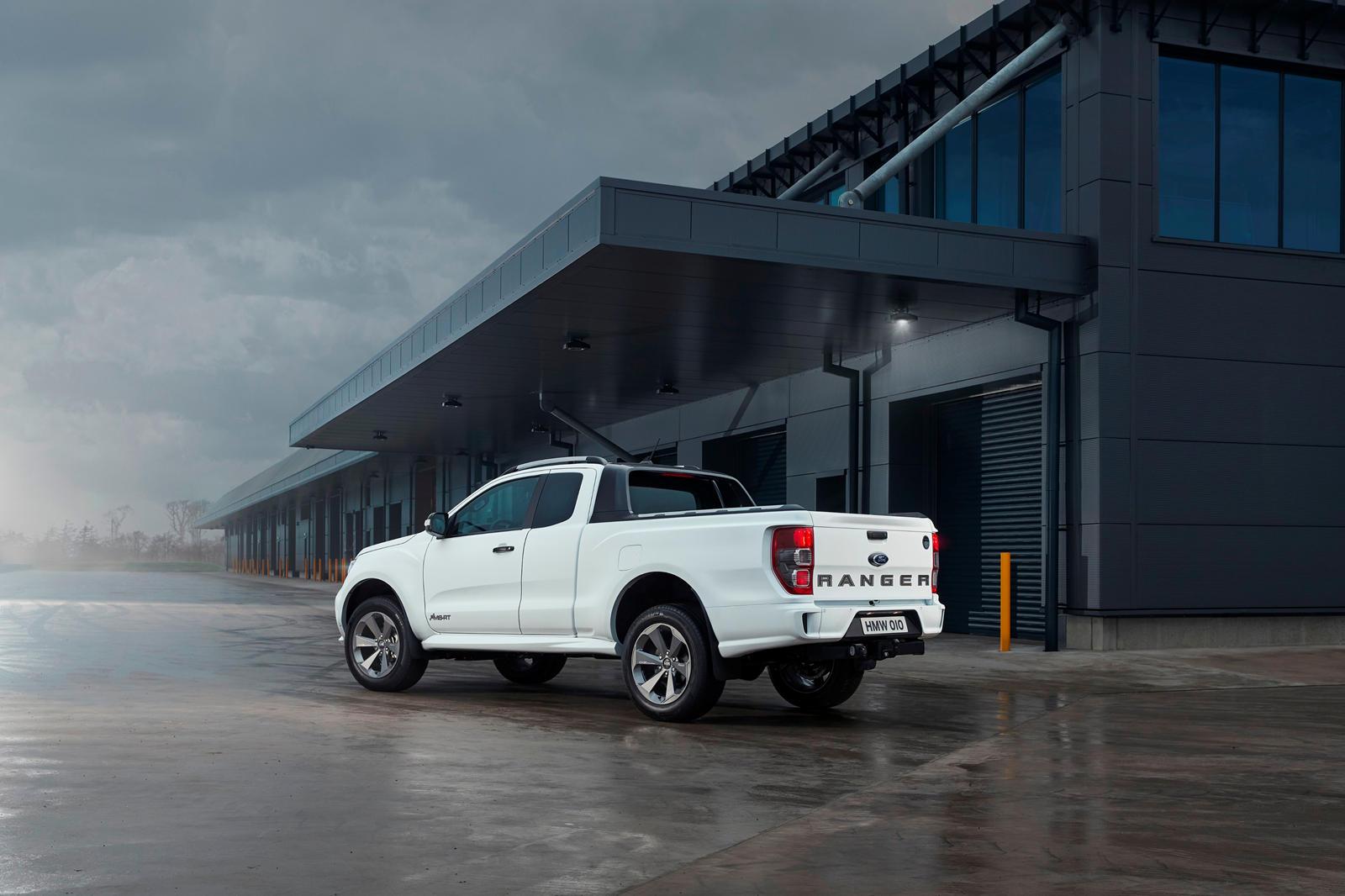 While the Ford Ranger Raptor has been available in Europe for several years, Ford still refuses to bring it to America as a smaller alternative to the F-150 Raptor, although this could change in the future. And now there's another new Ranger variant going to be forbidden fruit in America.

Developed in partnership with design specialists MS-RT, which recently unveiled its rally-inspired Ford Transit van, the new Ranger MS-RT sits alongside the Raptor at the top of the Ranger range in Europe for those who want sportier styling but don't need the extra grunt. Based on the Ranger Wildtrak, the new variant boasts a more muscular, motorsport-inspired appearance and generous standard equipment.

Inside, the cabin is trimmed in premium leather with orange contrast stitching, while comfort features include heated front seats and ambient lighting. Other standard equipment includes MS-RT floor mats and scuff plates, an eight-inch touchscreen with Ford's SYNC 3 connectivity and navigation system, and a rear-view camera.

"This eye-catching vehicle blends Ford's decades of success in pick-up trucks with striking motorsport-inspired design to offer a road-focused truck combining immense kerb appeal with the hard-working ability that our customers love."

Sadly, the Ranger MS-RT hasn't received any performance upgrades to complement its racing-inspired styling so we're not too jealous, but a Maxhaust app-controlled soundbox can be fitted for a sportier soundtrack.

Under the hood, you'll find a 2.0-liter twin-turbo EcoBlue diesel engine producing 210 hp and 369 lb-ft of torque, which is sent to all four wheels through a ten-speed automatic gearbox. This makes it less powerful than America's regular Ford Ranger, which generates 270 hp and 310 lb-ft of torque from a 2.3-liter four-cylinder turbo.