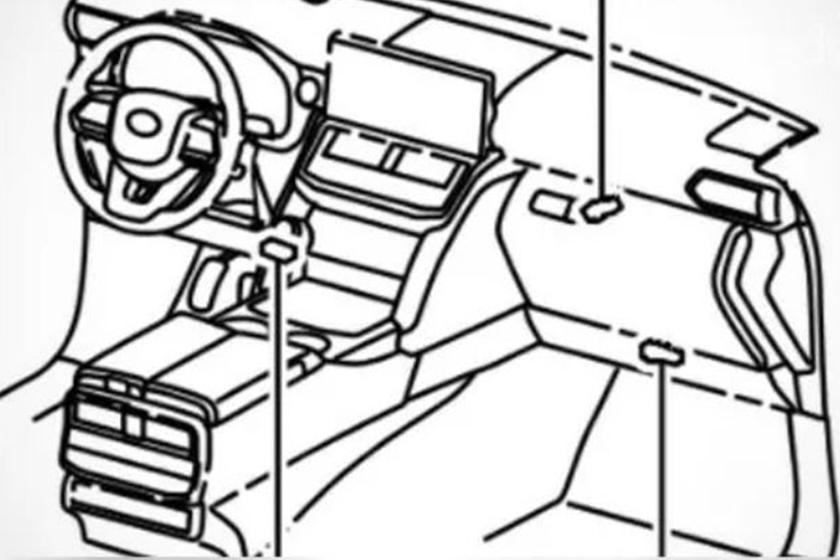 A much bigger infotainment screen is clearly visible.

The aging Toyota Land Cruiser will soon be forbidden fruit in the US, with 2021 set to be the final model year of the existing 200 Series model. While an all-new Land Cruiser is destined for markets outside North America, it seems as though this version won't make it here.

Americans are aware of this and many have rushed to get their hands on a current-gen Land Cruiser, giving the old model a sudden sales jump to start the year. Still, it's hard for us not to wonder what the new 300 Series will be like. We got an idea of this just yesterday when images of the bold new exterior were leaked online. Now, we have our first idea of what the new Land Cruiser's interior will be like.

Shared by Kurdistan Automotive Blog and Land Cruiser Updates on Instagram, the simplistic sketches compare an outline of the 2021 Land Cruiser's interior with that of the newer 2022 model's cabin. Toyota has a lot it can improve upon here as the current Land Cruiser has a somewhat dated infotainment interface. In the pictures, we can see a much larger floating screen in the center of the dashboard, with the center ventilation outlets moved to below this screen.

Ahead of the driver, there appears to be a larger gauge cluster, possibly a 12.3-inch digital display that could either be standard or optional. Overall, it looks like a cleaner and more high-tech design.

In another image, we can see even more detail of the various cabin controls. It looks as though the latest Land Cruiser will have a new four-wheel-drive system that includes both low-speed crawl and second-gear start modes, plus a nifty surround-view camera system.

A GR-specific start/stop button also indicates that a sporty version of the new Land Cruiser will be offered. As we learned from a previous leak, the new Land Cruiser will be similar in size to the current version but the wheelbase will be around two inches longer, hopefully freeing up some more space for those in the third row. Engine choices are expected to include a 3.5-liter twin-turbo V6 with hybrid assistance. We may not be able to experience it here, but the upcoming Land Cruiser should continue a proud legacy.