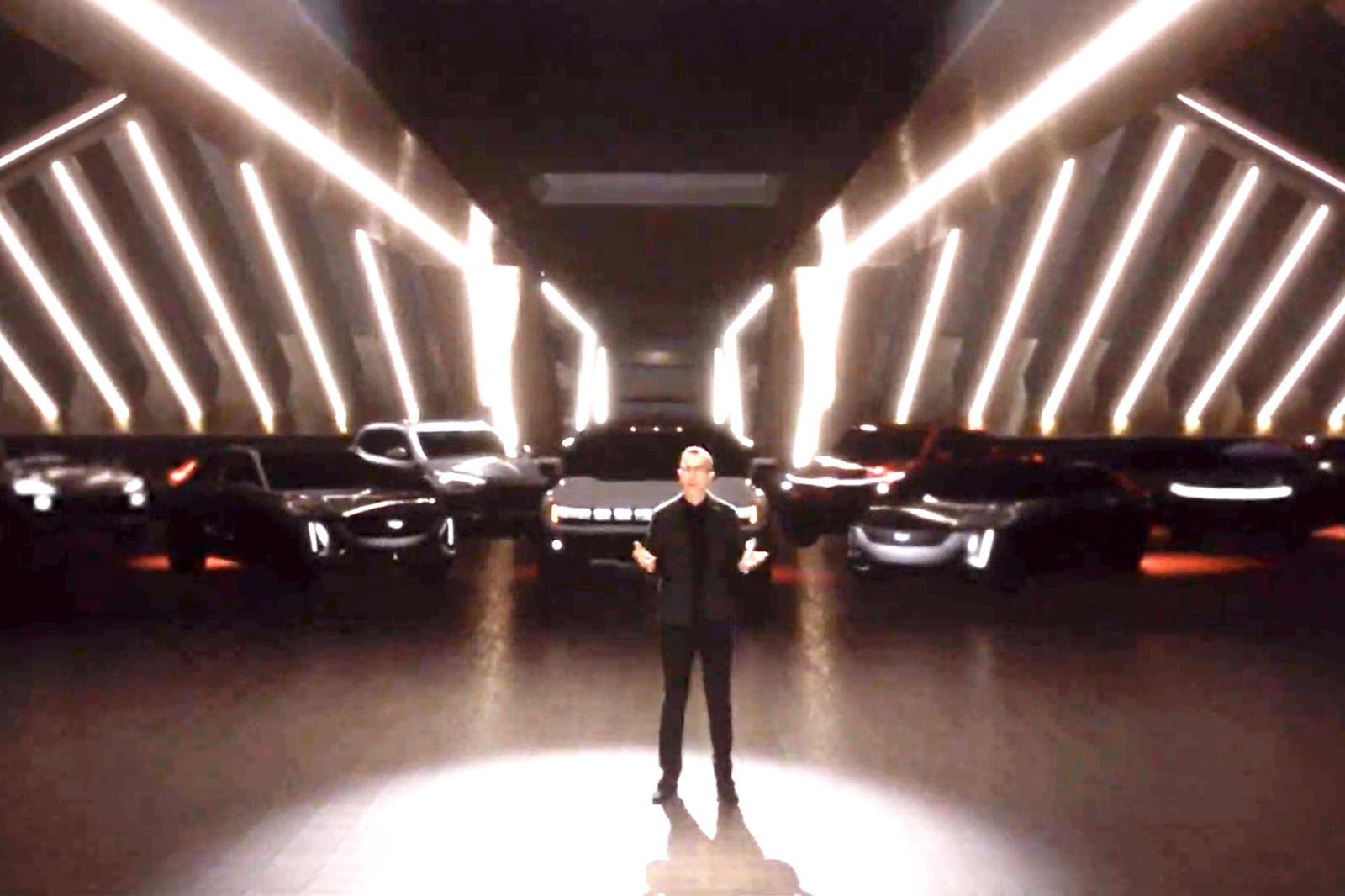 One of them looks a bit like a Corvette SUV.

The 2021 Consumer Electronics Show is in full swing, with cars taking a significant role in this year's virtual event. Today, General Motors CEO Mary Barra took the virtual stage to show off several innovations from the carmaker, but the most exciting moment came when Vice President of Global Design, Michael Simcoe, gave us a brief teaser of four never-before-seen upcoming electric vehicles.

Simcoe stands in front of seven silhouetted EV models, three of which are identifiable as the upcoming 2022 Chevrolet Bolt EUV (furthest to the left), 2023 Cadillac Lyriq (second to the left), and 2022 GMC Hummer EV Pickup (center). So what are the other four mystery vehicles? We have some guesses.

Simcoe mentions that GM's new Ultium Drive platform will come in three main architectural configurations used across the Chevrolet, Buick, GMC, and Cadillac brands. Among the four previously unseen cars, only the Cadillac sedan on the right has received an official teaser announcement from GM. This model will be called the Celestiq, keeping the "IQ" suffix precedent started by the Lyriq. During the keynote speech, Simcoe also showed off an autonomous pod and flying taxis from Cadillac.

As for the three remaining mystery cars, Simcoe mentions that the two on the left behind the Lyriq are new crossover models from the Buick brand. These will likely be branded under the Buick Velite subbrand, which is popular in China. We initially thought the vehicle furthest on the left looked similar to the Chevrolet Corvette, but the likeness is probably just a coincidence.

The vehicle on the far right is indistinguishable, but the connected headlight bar looks very futuristic and the roofline appears coupe-like. As for the vehicle on the back right, we can take an educated guess by saying it looks like Chevy's upcoming electric pickup truck, which has been teased briefly before.

During the keynote, GM also announced a new business called BrightDrop. BrightDrop will operate an electric light commercial vehicle called the EV600 (pictured above), which can carry an electric pallet called the EP1. The EV600 is set to hit the roads in late 2021 with FedEx Express as the first customer. GM says the vehicle has a 250-mile driving range.

"BrightDrop offers a smarter way to deliver goods and services," said Mary Barra GM Chairman and CEO. "We are building on our significant expertise in electrification, mobility applications, telematics and fleet management, with a new one-stop-shop solution for commercial customers to move goods in a better, more sustainable way."