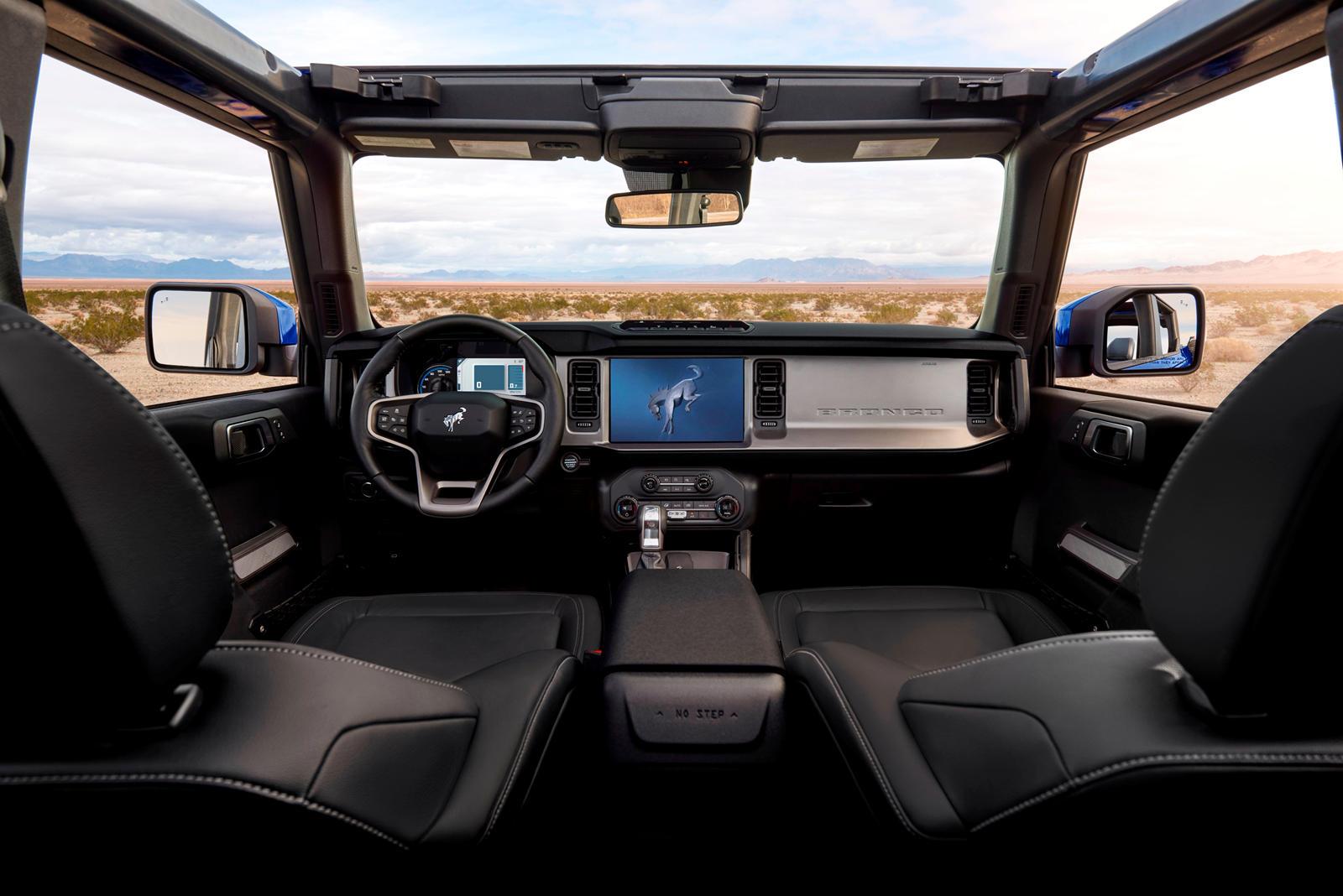 Too dark or just right?

Only 7,000 Ford Bronco First Editions will be produced, which will make these models highly sought-after in years to come. All have already been sold out after the initial allocation was snapped up very soon after launch. Earlier this week, we found out that the 2022 Ford Bronco may just be worth waiting for as it will be offered with several new special editions and colors that aren't available for the 2021 version.

Even so, the 2021 Bronco can be specced in some appealing options. We've now been given another taster of this as Ford has shared new images of a Bronco First Edition with a Black Onyx interior with gray contrast stitching.

Initially, the First Edition donned a Space Gray/Navy Pier interior, but customers wanted something darker to choose from as well. Based on these pictures, we can see why. The black interior will be easier to keep clean and doesn't look too somber thanks to silver trim on the steering wheel and dashboard. If that doesn't brighten things up enough for you, there is always the option to remove the roof completely.

The dark cabin beautifully complements the Lightning Blue exterior paint. The First Edition can also be specced in Cactus Gray, Area 51, Rapid Red, and Cyber Orange. Another nice touch is the Bronco logo stitched into the seats themselves.

Being the range-topper, the limited First Edition comes equipped with the SYNC 4 infotainment system featuring a large 12-inch LCD touchscreen interface, which takes up a significant amount of real estate on the upright dashboard. It also boasts a 10-speaker Bang & Olufsen sound system, a heated steering wheel, and a 360-degree camera system.

Unfortunately, we'll have to wait until the summer to see the new Ford Bronco up close, since its launch has been pushed back, a partial consequence of issues stemming from the ongoing pandemic. Seeing the Bronco First Edition in this spec has only heightened our anticipation for the off-roader.