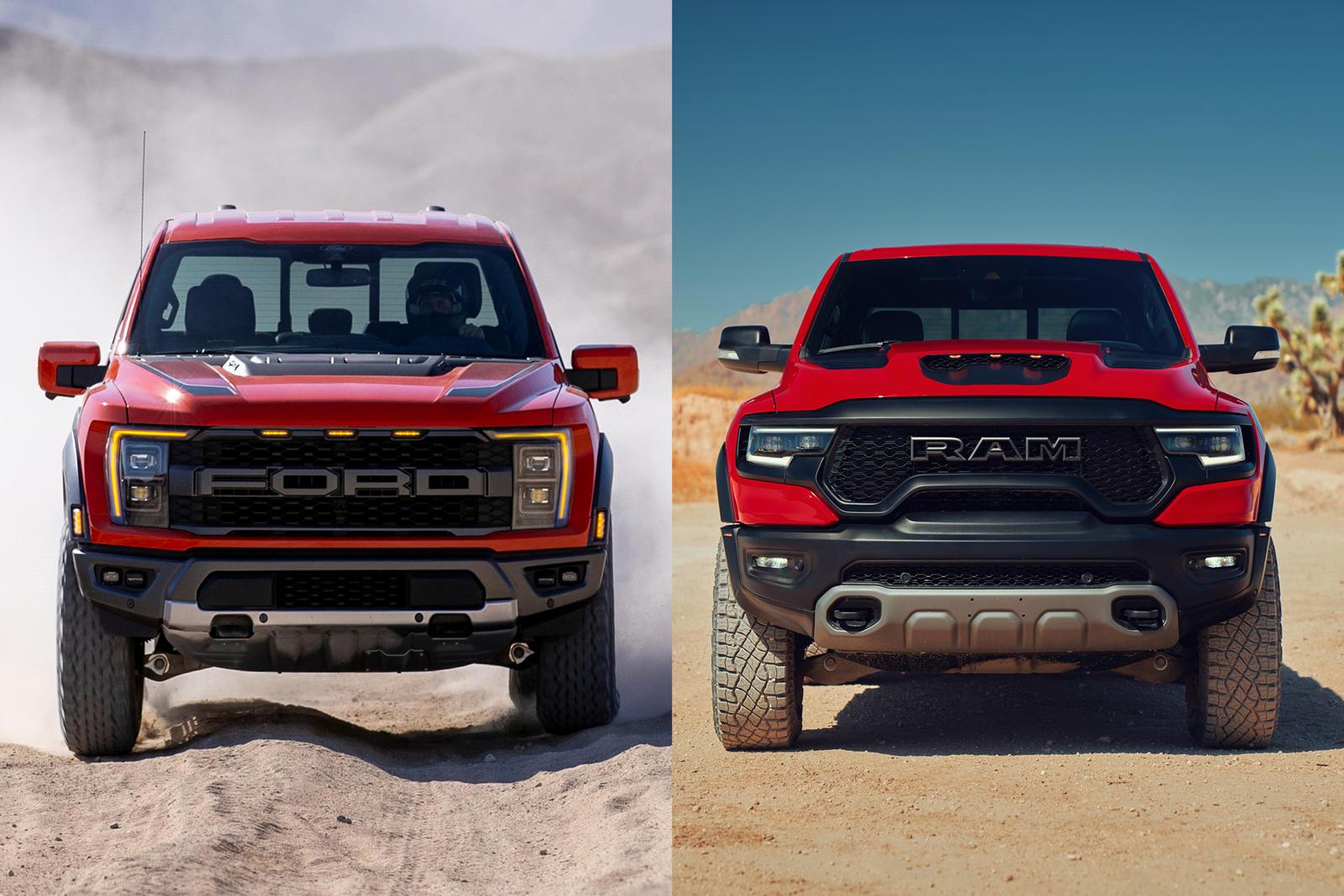 Just how well will these trucks hold their value?

Ever since Ford introduced the F-150 Raptor in 2009, Ram customers have been crying out for a high-speed desert stomping truck of its own. Packing a Dodge Hellcat engine under the hood, Ram has finally delivered just that with the Ram 1500 TRX, turning a burgeoning off-road performance segment into a horsepower war, and declaring itself the winner.

Power isn't everything, though, and the TRX is now going under the microscope for other aspects truck buyers consider important. In this case, dealer lease bulletins obtained by CarsDirect are showing that the 1500 TRX residual values are worse that the upcoming F-150 Raptor's.

We're not sure either truck is going to be a particularly popular lease vehicle. However, for those who choose that avenue, the current Chrysler Capital residual value guide suggests the F-150 Raptor is the better value deal.

To be fair, though, if your heart is set on the more powerful TRX and already know it's fuel economy figures add up to 12 mpg combined, then a residual value of 56 percent over a 36 month period probably isn't going to change your mind. For perspective, the new Ford Raptor SuperCrew has a residual value of 63 percent, and its outgoing model's fuel economy is rated at 16 mpg combined.

Residual value is also a likely indicator of depreciation on the buyer's market for a new car. Financiers include the vehicle's expected depreciation and other incidental costs over the course of a lease agreement, and Ram calculates it costs $825 to lease a TRX. For perspective, Dodge advertises a 36 month lease on a Hellcat Widebody for $561. You would have to step up to the Redeye model to spend $40 a month more than on a TRX lease.

How the TRX will actually depreciate on the buyers market is yet to be seen as it has only been available for a short time. However, we suspect a 6.2-liter supercharged Hemi-V8 powered truck will fare better than people expect, particularly as electrification becomes more and more widespread.