First-Ever Ram TRX To Be Auctioned For Charity 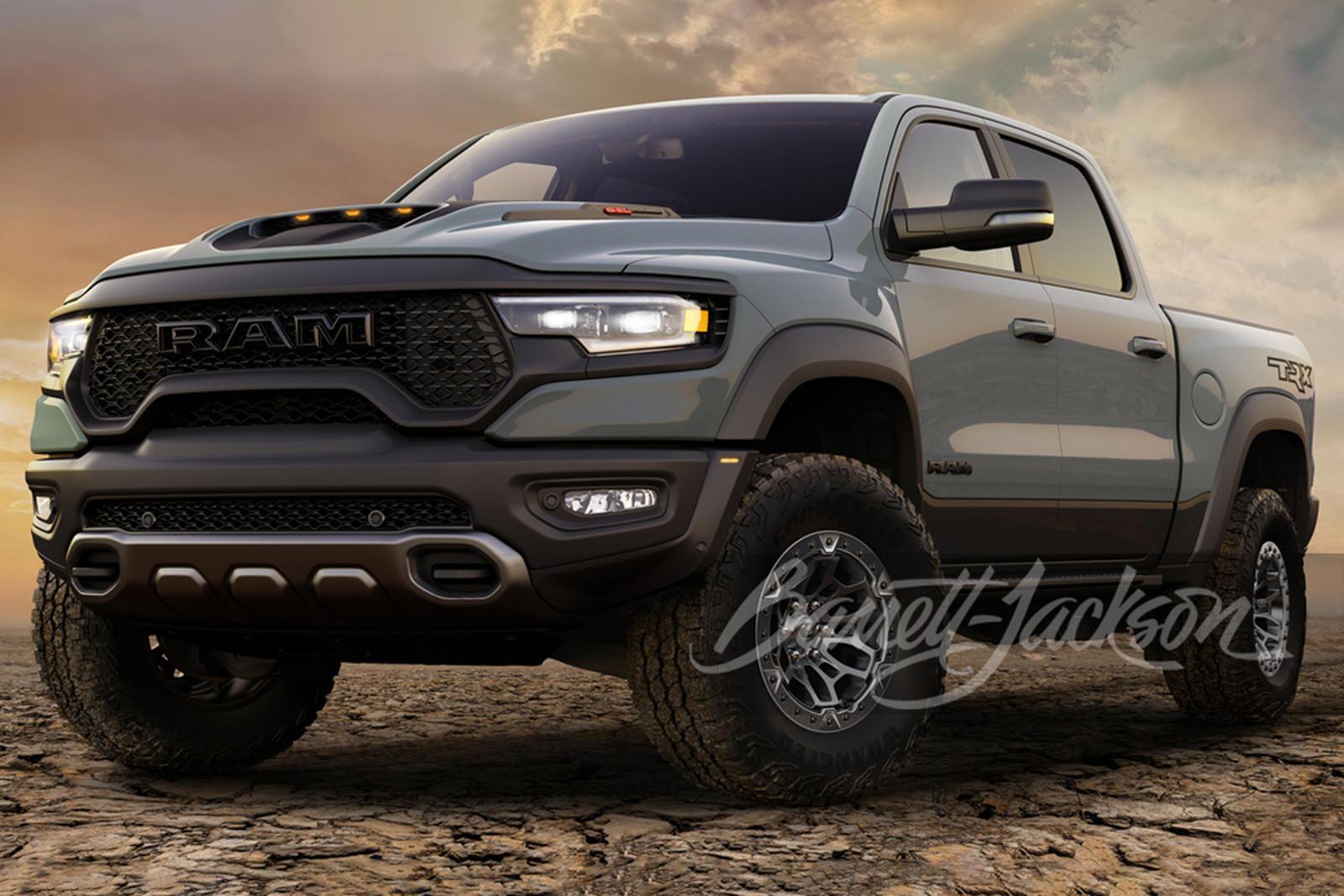 Vin #001 should bring in some big bucks.

The Ram TRX is undoubtedly one of the most exciting trucks to ever come out of America, and with companies like Hennessey taking it to the next level with insane power upgrades, the novelty is unlikely to wear off anytime soon. It's sure to become a very popular choice for enthusiasts, but among those enthusiasts, only one will have the honor of owning the first model to roll off the production line.

That very TRX has been used and abused a little, but it's still in excellent nick, and now it's up for sale. Unsurprisingly, Barrett-Jackson will be the auction house facilitating its sale.

Ram TRX number 001 will cross the block on March 26. It's obviously a Launch Edition model (which is limited to 702 units) and like all other Ram TRX models, has that insane 6.2-liter supercharged Hemi V8 with 702 horsepower and 650 lb-ft of torque - although we doubt that the eventual buyer is likely to fully exploit this vehicle's abilities. It'll likely be kept in a garage to be sold for a profit later on, but at least it saw some abuse during its time as a press vehicle. Regardless of how it gets used, its sale will do some good in the world.

The entire sale price of this special TRX will benefit the United Way for Southeastern Michigan's 2-1-1 helpline "to provide services to veterans and their families." Ram has a history of aligning itself with the US armed forces, as is evidenced by its range of Built to Serve special edition 1500s.

There's no word on what the vehicle is expected to sell for, but with "regular" Launch Edition models carrying a price tag of over $90,000, we fully expect chassis #001 to sell for six figures - even with its previous use and abuse. Those interested in bidding can find more details on the Barrett-Jackson website.