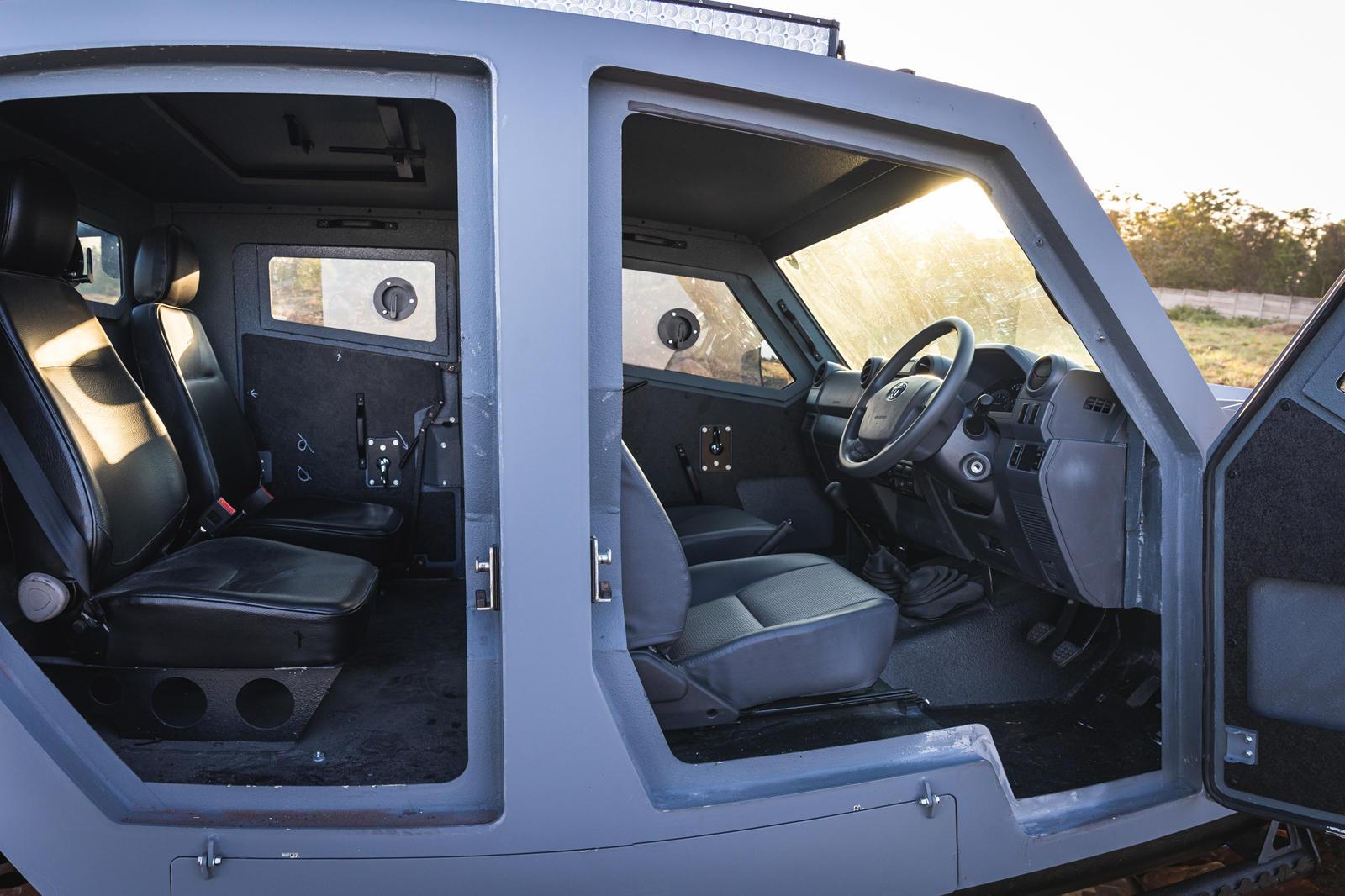 Source: ="https://carbuzz.com/news/armored-toyota-land-cruiser-can-drive-over-land-mines" target="_blank"> Armored Toyota Land Cruiser Can Drive Over Land Mines |
/ 0
Armored Toyota Land Cruiser Can Drive Over Land MinesAnd then go for a service at a Toyota dealership.The world is more volatile than ever with tensions between world powers at a knife's edge, and war is still a continuous threat in the developing world. What this means for the automotive world is that armored cars are more popular than ever. These vehicles vary in the amount of protection they offer. Popular armored cars include the Mercedes-Benz S-Class and the Land Rover Range Rover, but what if some bullet-proof glass and run-flat tires aren't enough? SVI, a South African company specializing in armored vehicles, has introduced the SVI MAX 3, a behemoth of a machine based on the Toyota Land Cruiser 76, and it's ready to face a full-scale war.The main purpose of the MAX3 is to protect its occupants during ballistic and general riot threats, and this has been accomplished in a cost-effective manner by utilizing the bulletproof mechanics behind the legendary Land Cruiser. Designated as a multi-role vehicle, the MAX 3 in military-spec is air-transportable in a C130 and features weapon mounts for 0.50 caliber pintle mountings.Building one of these monsters involves removing the body of the Toyota Land Cruiser and replacing it with the tough all-steel body you see before you. The armor is rated to protect against assault rifles and additional protection is offered for anti-personnel mines.
Leave a comment