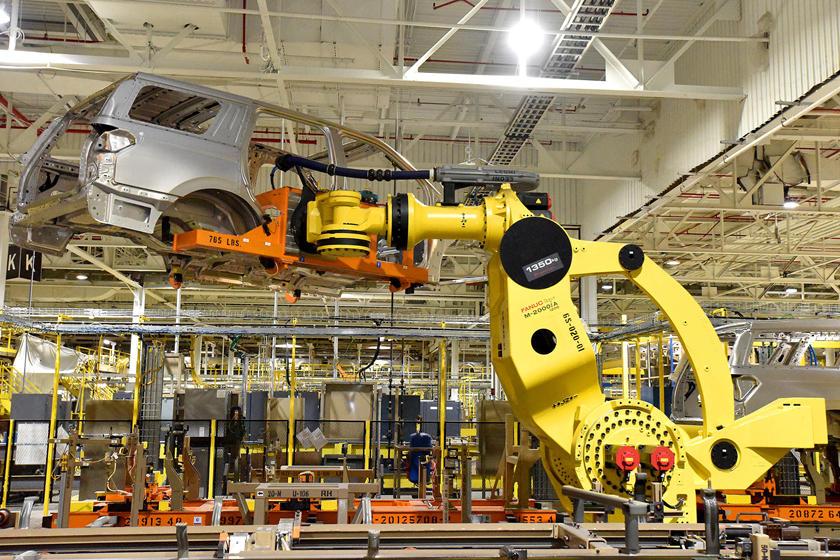 Here's what they want from Biden.

Earlier this year, automakers manufacturing vehicles in the United States requested help securing a sufficient semiconductor chip supply from then-president-elect Joe Biden. A few months later, the situation has gotten worse as vital assembly plants have been forced to idle or dramatically scale back operations.

Hot-selling vehicles like the Ford F-150 are directly affected, meaning automakers could potentially lose billions of dollars in sales. Dealership inventories are expected to begin dropping slowly without new stock arriving. What to do? Ask President Biden again for assistance, only do so with greater desperation.

The Alliance for Auto Innovation, a US-based auto industry lobbyist group that represents almost all major automakers with US facilities, including Ford, GM, VW, Toyota, and Hyundai, sent a letter earlier this week to Biden and the Commerce Department.

It requests a portion of the $37 billion in funding Biden wants for domestic chip production to be specifically set aside for their needs. Reuters has seen a copy of the proposal which says some of the funding should "be used to build new capacity that will support the auto industry and mitigate the risks to the automotive supply chain evidenced by the current chip shortage."

The group wants "a particular percentage - that is reasonably based on the projected needs of the auto industry - be allocated for facilities that will support the production of auto grade chips in some manner."

The White House has not directly responded to the request but seems to be fully aware of the situation: potentially 1.28 million fewer vehicles built this year and disrupted production for at least another six months.

The whole chip crisis began last year when automakers were forced to stop production due to pandemic-related lockdowns. Overseas chip suppliers, mainly in China, found new customers for their product: small electronics manufacturers. Because people were stuck at home, they bought more smartphones, tablets, and laptops, thus fueling demand. By the time automakers were back up and running, there weren't enough chips to go around.

The ordeal has exposed major issues with supply lines and, above all, where critical components are made, such as these chips.