4WD Vs. AWD - Knowing the Difference 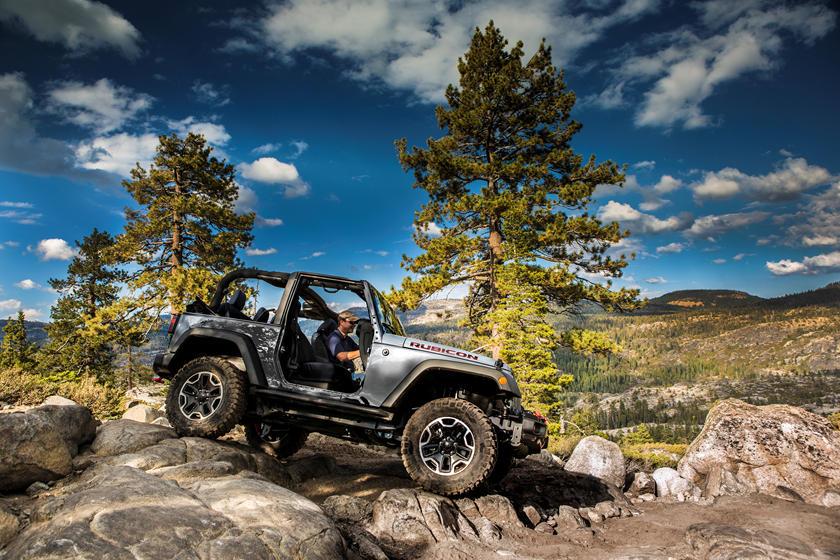 How they differ, which is better, and which you should buy?

There's no difference between 4WD vs AWD, right? Wrong. With the rise of the crossover over the last two decades, the line between a softroader and a genuine off-roader has become blurred, and with it, so has the line between cars with all-wheel drive and vehicles with 4-wheel drive.

Many feel these terms can be used interchangeably, but the truth is, while similar, these two acronyms represent very different drivetrains. While previously, these systems were the reserve of off-road machines and campers with 4WD, nowadays you can have four driven wheels on everything from a Toyota Camry or Dodge Charger to Mazda 3, or a Toyota Prius, awd carsand even on a minivan like the Toyota Sienna, or a van like the Ford Transit.

But what is the difference between AWD cars and 4WD vehicles? How do these systems work? And importantly, which one is best for your needs?

Defining the Difference Between All-Wheel Drive and Four-Wheel Drive:

AWD and 4WD are similar, but ultimately different, concepts. The former is an abbreviation of all-wheel drive while the latter refers similarly to four-wheel drive. While both work on the premise of drive being sent to both the front and rear axle of a vehicle, they differ in their practical uses.

The list of 4-wheel-drive cars is much shorter than all-wheel-drive vehicles because 4WD is the reserve of trucks and off-roaders, whereas as you can get AWD sports cars, AWD sedans, and even a number of hybrid AWD machines. These primarily focus on regular on-road driving while traditionally, 4WD is off-road oriented.

The variations used to be easy to discern, as the meaning of AWD was simple - power reached all four corners all the time, enabling supreme traction in wet and slippery conditions. This meant AWD vehicles could handle rain and snow with remarkable ease, in moderation. 4WD could be had as both full- and part-time, most commonly relying on rear-wheel drive until you got into a sticky situation, when you could then engage and power the front wheels of your 4WD machine.

4WD cars are purer in their purpose, which is also why they have a low-range transfer case for maximized torque delivery, while AWD is a more watered down system for common use. Nowadays, however, all-wheel-drive systems are more complex than ever before, and some operate on a part-time basis, which we'll get to in a moment. Other differentiating factors are that AWD uses differentials and clutch packs to allow the axles to operate at different speeds, whereas 4WD locks the axles in unison - great for digging you out of a rut, but not so great for handling.

Types of AWD Systems and How They Work

As technology progresses, so too do AWD systems. Now, there are two primary classifications: full-time and part-time:

Full-Time AWD: This is the traditional definition of AWD, where all four wheels permanently receive power. Sometimes, this can be in a fixed split front to rear, but other times, a variable split can occur where vehicles have either a greater bias to the front or back axles.

Cars with an AWD system are able to lock power delivery for short stints to maximize traction in traction-averse conditions. Some do this automatically, while others have an AWD lock button to distribute torque evenly and in a fixed manner, such as the Subaru WRX STI. Because of the additional driven axle, full-time AWD automobiles are heavier on fuel and often suffer from increase driveline losses, but their extra grip affords them better acceleration.

Part-Time AWD: The biggest issue surrounding full-time systems is the added driveline drag, which in turn requires more fuel. To circumvent this, equipment manufacturers such as Haldex have created part-time mechanisms that aim to provide the best of all worlds, giving you AWD with the best MPG possible. In low-load situations, vehicles with this functionality have only one driven axle.

But when slippage occurs or a slew of sensors detects that extra traction is needed, computers enable the near-instantaneous engagement of the other axle. By decoupling the secondary axle, less mechanical drag is present, which in turn requires less gas, diesel, or electricity.

Part-time systems can be either front- or rear-wheel biased, with examples of the former including the VW Golf R and even Audi models like the A4 that are marketed as having 'quattro with Ultra technology'. Examples of the latter include many of BMW's xDrive applications, as well as the AWD system used on the Jaguar F-Type.

Pros and Cons of AWD Cars

As with most mechanical systems, there are certain pros and cons to having an all-wheel drive car:

Types of 4WD Systems and How They Work

While AWD has advanced substantially over the decades, 4WD, or 4x4 as it's alternatively known, has remained fairly unaltered since the early days of its use. Like AWD, both permanent and non-permanent solutions exist, but whichever is used, the focus is on off-road capability, and to this end, a low-range transfer case is a must-have item in order for a vehicle to be classified as 4WD. This drivetrain also locks the front and rear driveshafts together, which hinders the ability to make tight turns as the wheels can't rotate at independent speeds.

Full-Time 4WD: Only the most rugged, and usually non-civilian, off-road vehicles feature full-time 4-wheel drive. These machines permanently direct the engines twisting forces - known as torque - to all four wheels for maximum grip.

However, while similar to AWD in the fact that they can either be had with a fixed or variable split, the trick up their sleeve is the ability to change from a primary 'high-range' gearbox to a 'low-range' item, which has altogether different gear ratios that increase torque massively.

This means that grip in muddy situations is improved, and towing is benefited, particularly when it comes to overcoming the inertia of a trailer. Because both axles are permanently engaged, these vehicles struggle to attain high speeds, and their turning circles are hugely compromised as maximum thrust requires heavy-duty componentry that limits movement. You are unlikely to come across a road car with a full-time four-wheel drivetrain.

Part-Time 4WD: Unlike the other part-time system dealt with above, part-time 4WD has to be manually selected and engaged, usually via a lever, rotary selector, or buttons. By default, drive in 4WD trucks and SUVs is sent to the back end in 2WD mode.

However, once the front axle is engaged, torque is distributed evenly to maximize traction, while the low-range transfer case enables more torque to be diverted to the ground for enhanced pulling power. Traditionally, these are also equipped with 4WD lock, meaning the differentials and driveshafts can be locked to distribute torque without variation, both left and right, fore and aft, which is necessary for digging out of soft sand or deep mud.

This is the most common iteration of 4WD, found as standard on almost all off-road SUVs and trucks, with examples including the Ford F-150 and the Jeep Wrangler.

4WD vs AWD: Which Drivetrain Suits Your Needs?

We receive countless emails asking the same question: "4-wheel drive vs all-wheel drive - which is better?" The answer to that is very dependant on your needs, and particularly your environment. For example, when it comes to 4WD vs AWD in snow, both afford advantages over two-wheel-drive equivalents, but 4WD is better for deeper snowdrifts and roads that haven't had the benefit of a fresh snowplow. However, in general, for light snow, all-wheel drive is highly adept.

The genuine need for 4WD comes when you spend most of your time outdoors, climbing rocks, going deep into the unknown, or even when simply towing in tricky conditions. These vehicles suffer on-road but come into their own when you head off the beaten path. If this is your lifestyle, 4WD will get you where you want to go.

Outside of inclement weather benefits, you need to look at what you'll use a vehicle for. If most of your time is spent on the tarmac with the odd excursion down a light gravel trail, an AWD SUV with a little extra ride height is more than capable, meaning, for most, all-wheel drive will be sufficient.

Is AWD or 4WD better in snow?

Both these drivetrains are adept at handling snow and ice, maximizing available traction purely by virtue of extra torque distribution. However, snow tires or snow chains have just as much of an effect as the number of driven wheels you have. For road use in urban areas, AWD will suffice, but in areas with heavy snowfall and infrequent grading and plowing of these roads, 4WD vehicles will always give you the advantage.
Can an AWD SUV be 4WD as well?

While these two concepts seem at odds with one another, the advent of modern computer systems actually makes this possible.

A number of off-roaders give users the option to select either 2H or 4H manually, but 4AUTO modes allow the systems to engage and disengage axles automatically depending on the surface you're driving on. Land Rover's Terrain Response 2 program is one such example.
AWD vs 4x4 vs 4WD - is there a difference?

AWD and 4WD are different types of powertrains that both drive all four wheels. 4WD and 4x4, however, are two names for the same concept, suited more to off-roading than anything else.
Can AWD go off-road?

Technically, yes, AWD SUVs can go off-road, and some are even relatively capable. The Honda Passport, for example, has enough ground clearance and a short enough wheelbase to traverse most obstacles. A lack of all-terrain rubber and a low-range transfer case, however, means these will never be as capable as their 4x4 counterparts.