2022 Chevy Silverado Caught In The Wild 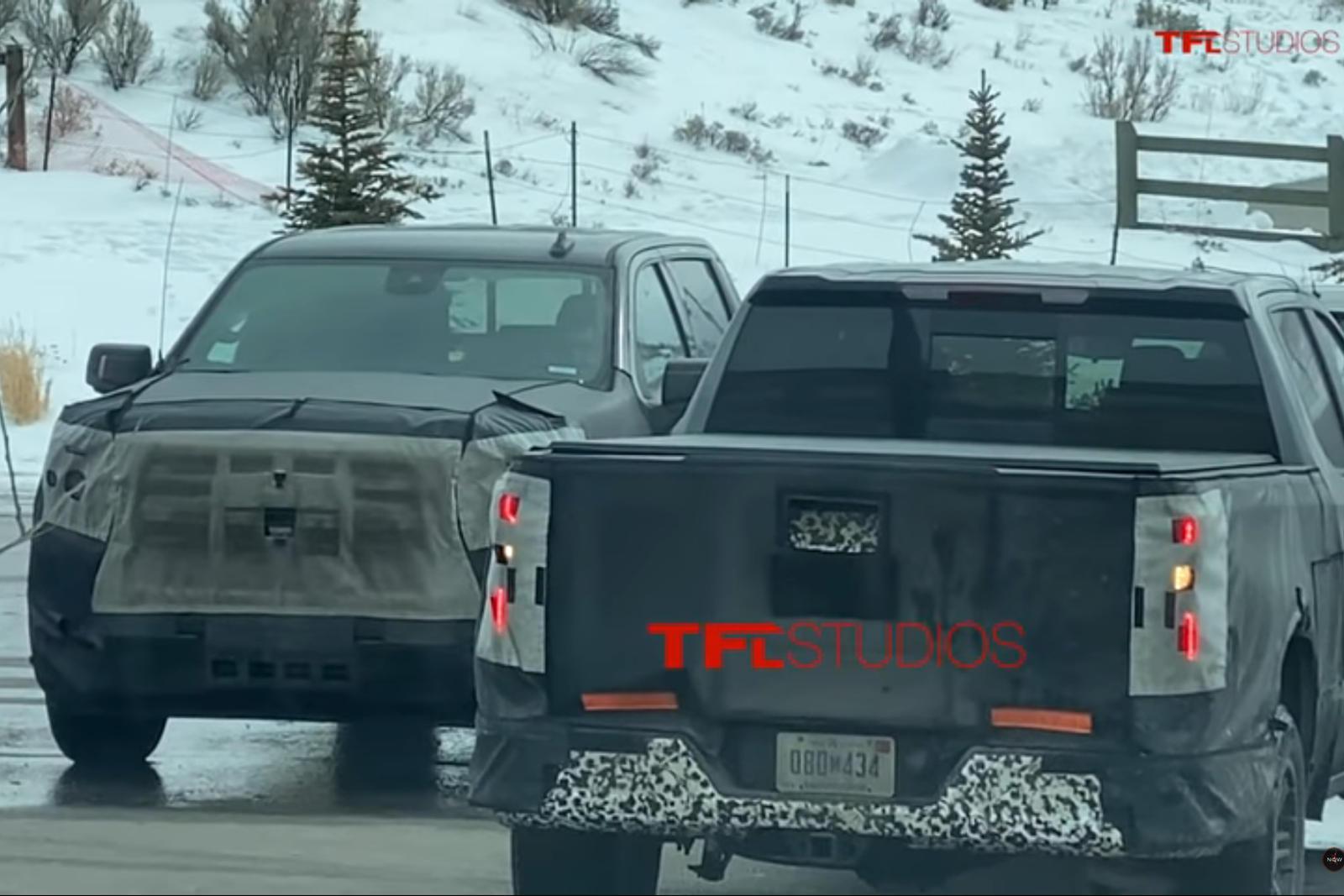 With LOTS of camouflage.

The 2021 Chevrolet Silverado is a seriously impressive truck that is putting the hurt on many of its competitors. With plenty of tuning potential and innovative features that make life easier, it's no wonder that it's such a popular vehicle. But all cars need updating sometime, and GM is getting ready to introduce the Silverado's replacement in 2022, alongside that of the GMC Sierra.

As part of refreshing a new vehicle, automakers perform extensive testing, pushing the vehicle at different altitudes and in different conditions. As the video below shows, it seems that high-altitude testing is now underway, and the new trucks are doing it covered in plenty of camo.

The video doesn't reveal very much, but as a tailpipe is visible on the truck being tailed by the cameraman, the trucks on test here don't appear to be all-electric, although they could be hybridized.

Usually, when you see spy shots of a vehicle with this much camouflage, it indicates that the vehicle in question is going to look dramatically different from the current model. We haven't yet seen any evidence to suggest that the Silverado or the Sierra will be heavily revised in terms of styling, but then again, the extensive camouflage could also be to ensure that even minor detail changes are kept under wraps, literally.

That theory takes some fire from the cameraman who spots the interior of one of these test trucks. As you can hear him say, the interiors are covered up too, which indicates major changes for the cabin too. Again, it could be that the interior is being redesigned while the bodywork will remain the same, but this is unlikely.

We'll have to wait for more information from GM itself, or at least more spy shots to confirm any new details, but with an army of aficionados armed with cameraphones everywhere, there shouldn't be too much of a wait before the new truck is caught in the wild again.